Spectroscopy is an important component of tertiary science courses ranging from chemistry to physics and pharmacy. Students often regard analytical instrumentation as âblack boxesâ which provide results, without having a concept of the components of which they are comprised. Limited hands-on learning opportunities are possible with commercial instrumentation due to their rugged design, and this is particularly true for spectrometers where typically the only direct interaction the student has with the instrument is the insertion of their sample. A kit was therefore designed from which students can build their own spectrophotometer, called the SpecUP (Spectrophotometer of the University of Pretoria), which can be used to generate analytically useful data. The SpecUP was designed with moveable components to enhance student interaction with the equipment and to encourage inquiry based learning, which is important in the development of future creative scientists and equipment developers. Cost was also an important consideration, as large student numbers and limited financial resources have reduced the possibility for hands-on training in spectroscopy in many institutions, particularly in developing countries. The SpecUP costs approximately a thirtieth of the price of an entry level commercial instrument and thereby fulfils a significant need for a cost effective option for large classes and for institutions with resource limitations. 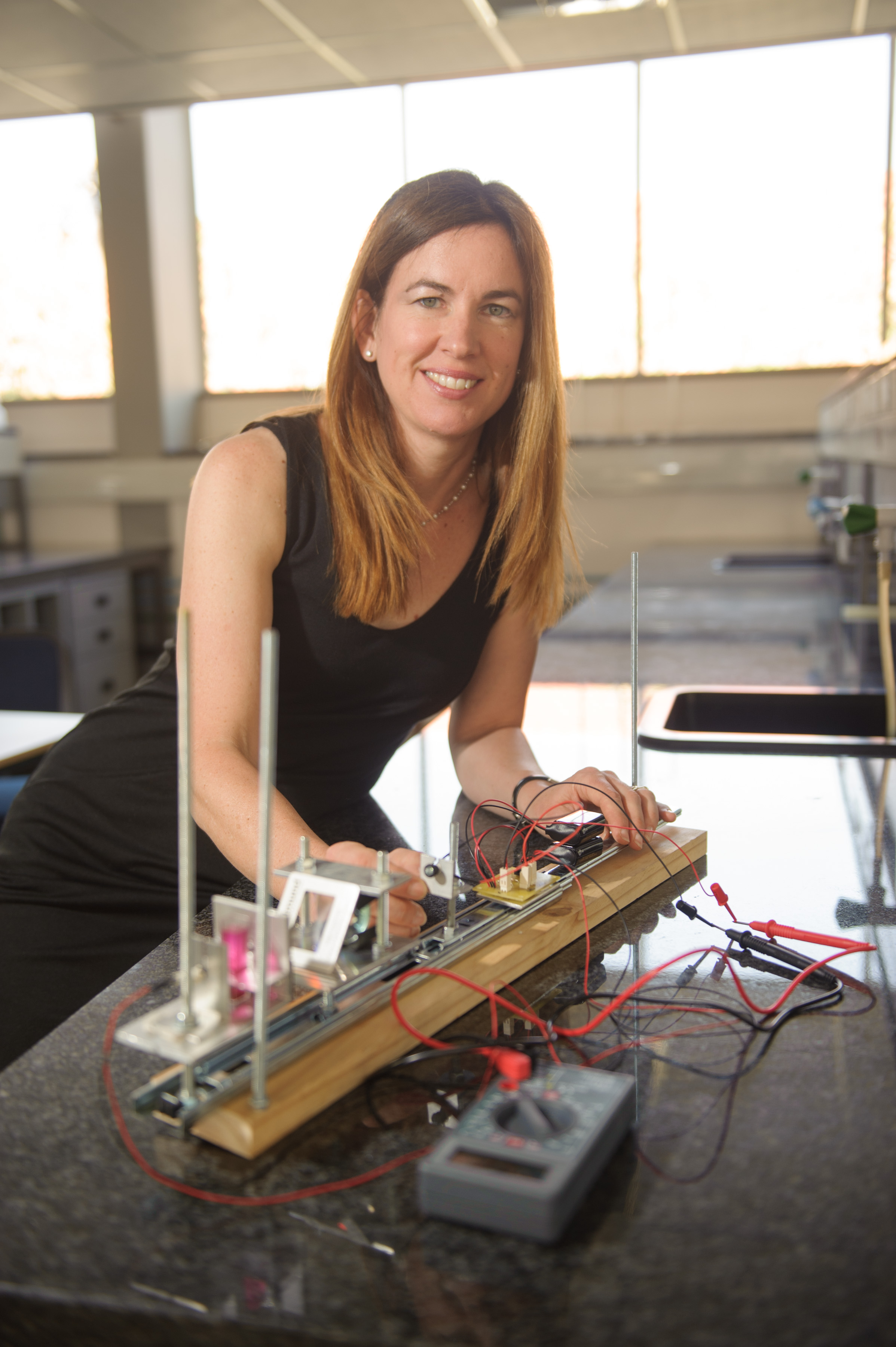 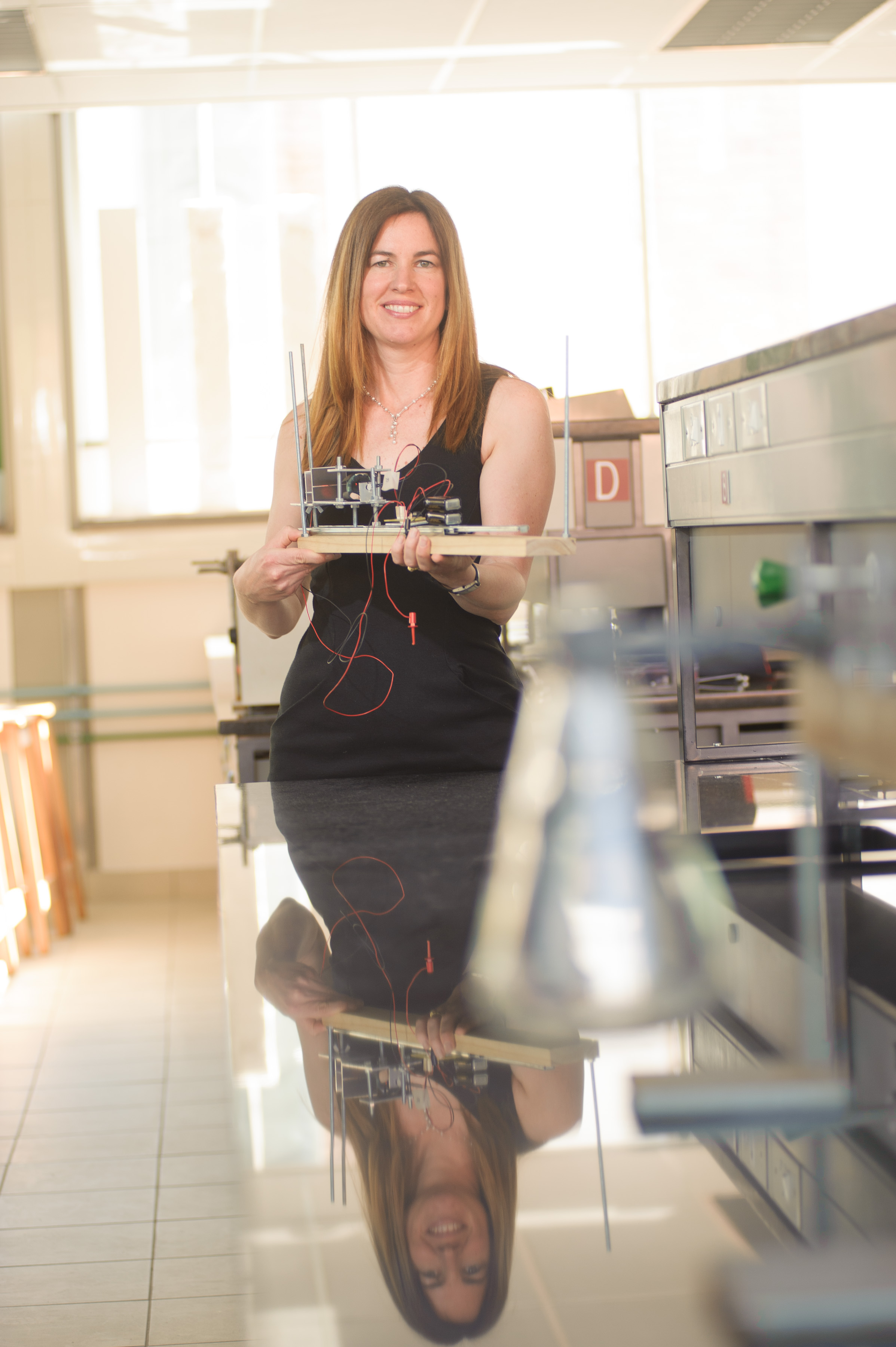 The SpecUP project aimed to develop an alternative to commercial spectrophotometers which was significantly cheaper than commercial instruments, and allowed students to interact directly with the components of which it is comprised. Furthermore, these components needed to be readily available and the instrument was to operate without an electricity supply. Thereby, the objective of enabling more institutions in Africa to have access to spectrophotometry equipment could be realised. Moreover, hands-on, inquiry-based learning and insight into this important analytical field could be enhanced.

The SpecUP was developed in conjunction with a third-year chemistry student in 2012, as part of Johan Nothling's exposure to research as a third year mentorship student at the University of Pretoria (UP). Examples of "DIY" spectrophotometers were obtained from the literature as a starting point and these were merged and modified in order to achieve the project's objectives. The SpecUP developed as a consequence has a unique design with moveable components, which is made possible due to the use of a domestic telescopic drawer runner/slide as a base for the instrument. Light emitting diodes (LEDs) of various colours are used as the light source, and a light dependent resistor (LDR) serves as the detector. It is battery-powered, therefore no electricity is required. This is important in developing African countries. The components are cheap and are readily available from general electronics stores and building suppliers. Further instrumental design details can be found in the journal article published on the SpecUP (uploaded under Supplemental Materials).

After the successful implementation of the SpecUP in undergraduate analytical chemistry practicals at the University of Pretoria, funding for the project was sourced and SpecUP kits were prepared and distributed to a number of institutions throughout Africa via training workshops. Academic attendees of these workshops were provided with SpecUP kits free-of-charge to implement at their institutions. They were also provided with educational resources including questionnaires which are completed by students before and after usage of the SpecUP, in order to gain an objective evaluation of the impact of the kit on students' understanding and perceptions of spectrophotometry. These are then sent to me at the University of Pretoria, where the information is entered into a database for overall assessment of the impact of the SpecUP in student learning.

The project was initially funded by the African Laser Centre (ALC), which allowed for kits to be assembled and distributed to eight institutions (including UP) in five African countries (South Africa, Namibia, Kenya, Lesotho and Botswana) via a workshop which was held at UP in 2013 (report provided in the Supplementary Material (SM)). An invited oral presentation and video demonstration of the SpecUP was given at the ETOP (Education and Teaching in Optics and Photonics) Conference in Portugal (refer to proceedings in SM) and at the 12th International Chemistry Conference Africa (ICCA) in Pretoria in 2013. In both cases, feedback from delegates was very positive and the presentations generated significant interest.

A SpecUP workshop was then held at the University of Carthage, Tunisia in March 2014. This was funded primarily by the Tunisian Optical Society and the ALC (refer to SM for the workshop report). Here twenty-five delegates attended, including both a diverse mix of academics, and groups of postgraduate and undergraduate students. The SpecUP was again very well received, especially as those involved had very limited equipment resources. Based on this success, it was requested that the SpecUP be included in the Lighting Up Africa (LUPA) International Year of Light seminar in Tunisia in March 2015 (website provided in the SM). SpecUP kits were distributed to institutions in Egypt and Turkey via participants at this event. The SpecUP was later included in an Optics Summer School in Tunisia (refer to webpage link provided in the SM).

Feedback from conference and SpecUP workshop delegates has been very positive and the presentations generated significant interest (refer to the SM for examples of the feedback obtained). The approach employed of training the trainers has had a multiplier effect in the roll out and implementation of this educational instrument. The SpecUP workshops in Tunisia included student delegates who were very appreciative of the practical experience which the SpecUP afforded. The reviewers of the journal article which was published on the SpecUP also had favourable comments about this initiative (refer to SM). Patricia Forbes was awarded the prestigious Chemical Education Award for 2014 by the South African Chemical Institute for the SpecUP project (certificate available in the SM along with web links to related news articles). The SpecUP has been distributed to thirteen institutions in eight countries to date, and this project has thereby had an impact in numerous developing countries in Africa where student numbers are large but financial resources are severely limited.

A donation has recently been received from the Royal Society of Chemistry (South African Northern Branch) which will enable the preparation of 30 SpecUP kits for donation to tertiary institutions. In addition, funding has been secured from the Department of Science and Technology (DST), South Africa for the hosting of a SpecUP workshop and the preparation of additional kits. This is part of the local International Year of Light initiative. These funds will allow for the distribution of SpecUP kits to institutions which have previously requested them, but could not receive kits due to the limited number which were available (there is a waiting list for SpecUP kits!). Moreover, academics will be trained to incorporate the SpecUP into the curricula of these universities, which will include previously disadvantaged institutions in South Africa. Student questionnaires will continue to be completed and the results will be collated to assess the impact of the SpecUP. It is envisaged that these results will be interpreted and written up for publication in a suitable education journal.

Other - LMS magazine article on the SpecUP